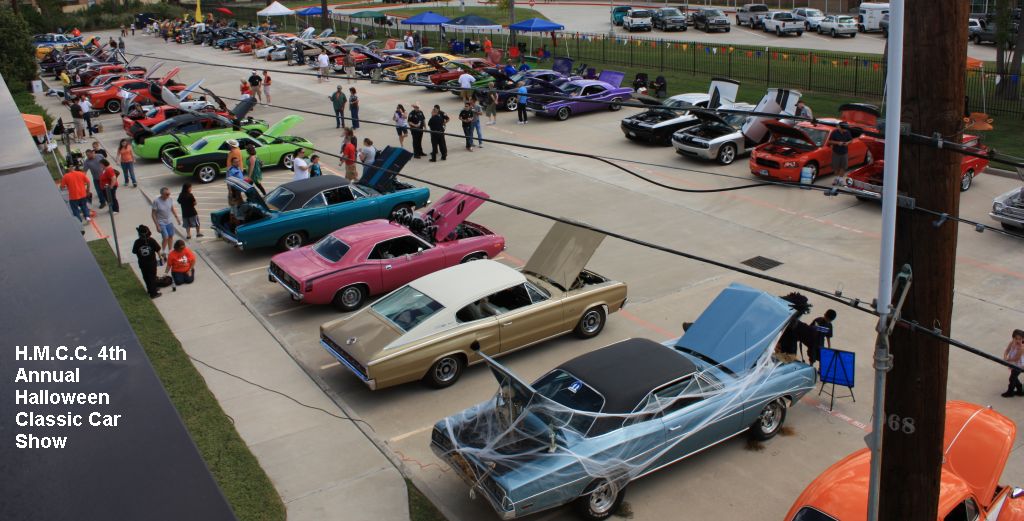 The October 22, 2011 Houston Mopar Connection Club’s 4th Annual Halloween Classic Car Show was GREAT!
154 vehicles were entered and we had rain-free weather. A good amount of money was raised for charity.
THANKS for your support!

The 4th Annual Halloween Classic Car Show was hosted by The National Museum of Funeral History and The Houston Mopar Connection Club
and was again sponsored by Advanced Restoration and Collision, 1802 1st Street, Huffman, Texas 77336

The Mission Statement of the Annual Halloween Classic Car Show
Hosted by The National Museum of Funeral History and H.M.C.C.

It is our mission to perform a professional car show in our community that involves families, neighbors, old and new friends, for an eventful and seasonal day. This event is made possible by the many car collectors and enthusiasts who like to show their prized possessions to fellow community members.

Although showing their cars and making them look “all dressed up for the Halloween holiday” is what they do best; they come out in full force to meet the main goal and theme of the event which is to raise money for local charities involving children.

This outdoor event is family oriented, fun for all ages and free to the public, so that they can see cars of the past and present displayed in a safe environment of a controlled parking lot. People can dress up to whatever they want to, as long as their actions or costumes do not frighten little children. And since this is a family event be tasteful in the choice of what you wear.

And we also plan and secure the fact that the show cars are well spaced apart from each other and no bicycles, skateboards, or pets are allowed in the show area.